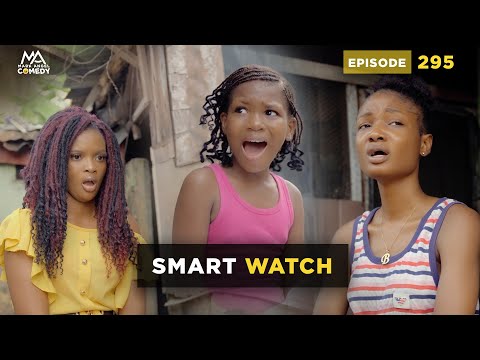 Success Mocks Ebere as she advises her to buy a smartwatch instead of paying her house rent.

Ebere and her friend are sitting outside their apartment, beside her is success. Ebere’s friend is telling Ebere about a new SmartWatch that Apple just launched and the good feature the watch packs Ebere is excited about the features the SmartWatch has, features such as weather forecast, Blood Pressure Checking, etc. She wants to buy the watch, but she has a problem. She does not have money. The only money she has is meant for her house rent and she does not want to risk being homeless. She asks her friend to advise her on what to do and she does not know whether to buy the Smartwatch or to pay her house rent. Her friend instead of advising her point her to Little Success for advice. Ebere is not comfortable with the idea as she claims Little Success is an insulting girl and is not ready to be insulted by her. Success on hearing this cuts in and says she is not an insultive girl. She claims she only offers people advice and not insults. Ebere hearing this feels convinced and asks Success for advice on whether to buy the SmartWatch or to Pay for her house rent, Success then advises her to buy the smartwatch. Ebere is not OK with the advice as she claims she would be homeless if she buys the watch as her landlord would chase her out of the house. Succes then tells her not to worry about that since the watch is a smartwatch and can tell the weather condition, it would likely tell her when it would rain so she could always seek for shelter under the tree. Ebere is disappointed hearing this and feels bad as she realizes that she has been insulted and mocked by Success yet again.

What do you think of Success Advice?
Use the comment box.

GOD BLESS YOU, WE LOVE YOU. Enjoy!